New Displays at the Heritage Centre in October 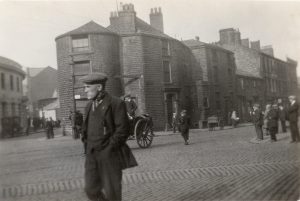 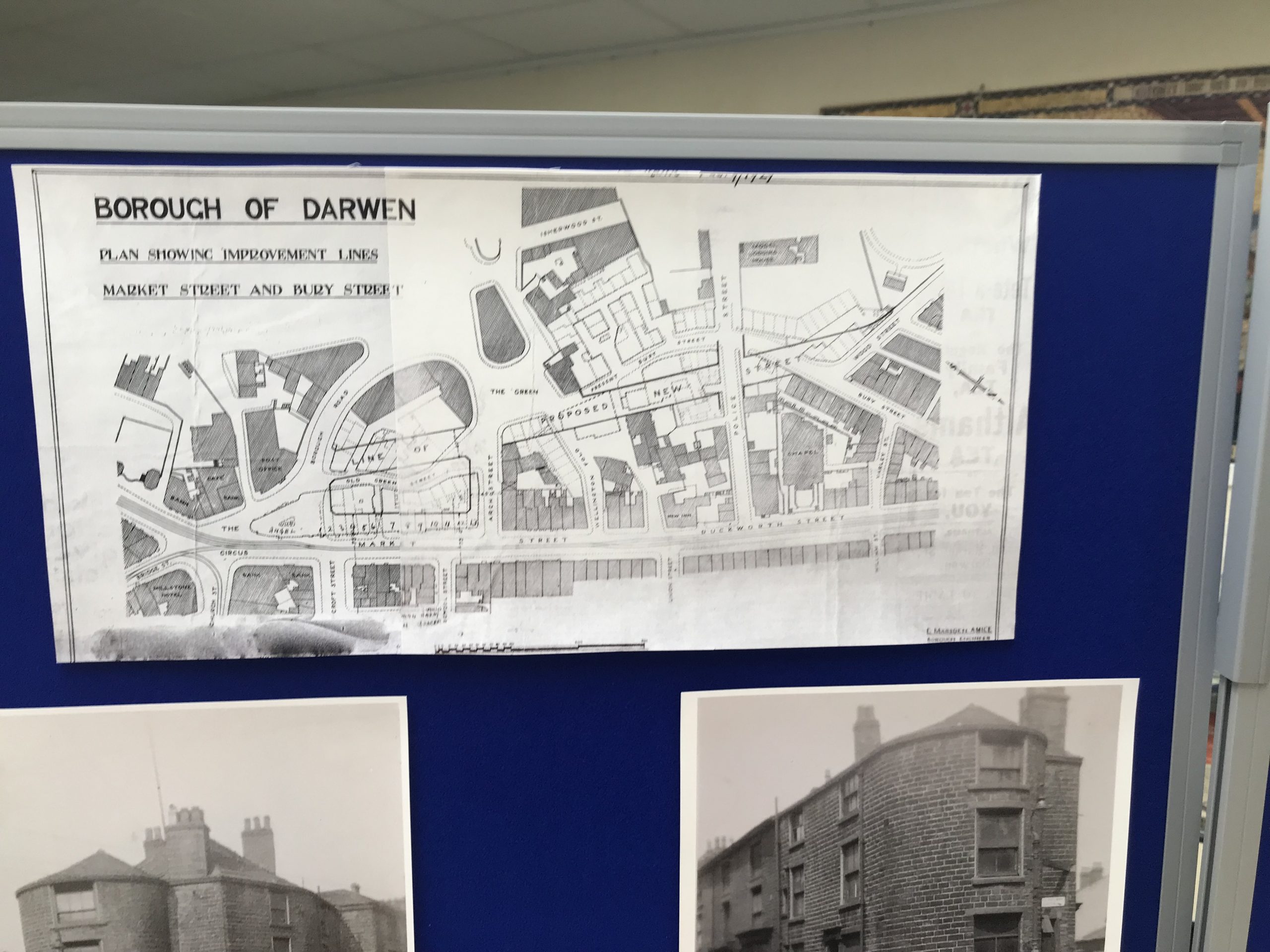 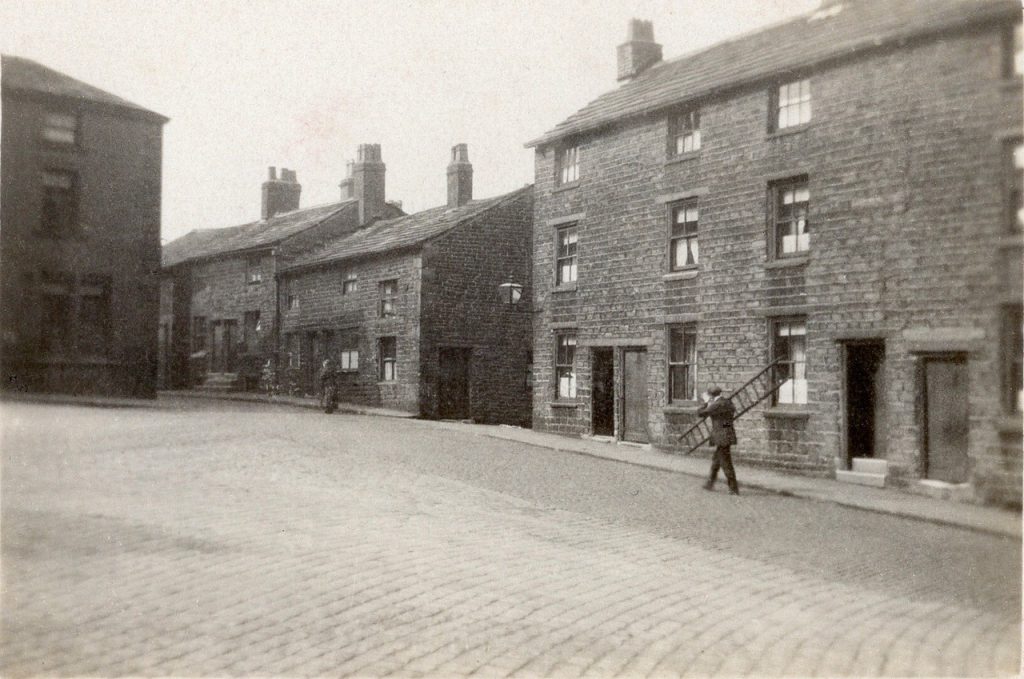 First of the new displays is a photographic walk from the Circus along Green Street across the Green and then continuing along Bury Street.  The majority of the photos were taken by someone in about 1929 who walked along those streets with a camera and recorded what was there before the buildings were demolished in 1929 to straighten the road.  This was part of the Borough’s improvement plan for the centre of Darwen.  Some of the photos show the new Post Office alongside the Angel Inn, giving a clear indication that Burton’s building could not have been on the site of the Angel Inn but was further along Market Street on the site of the old Black Bull Inn. 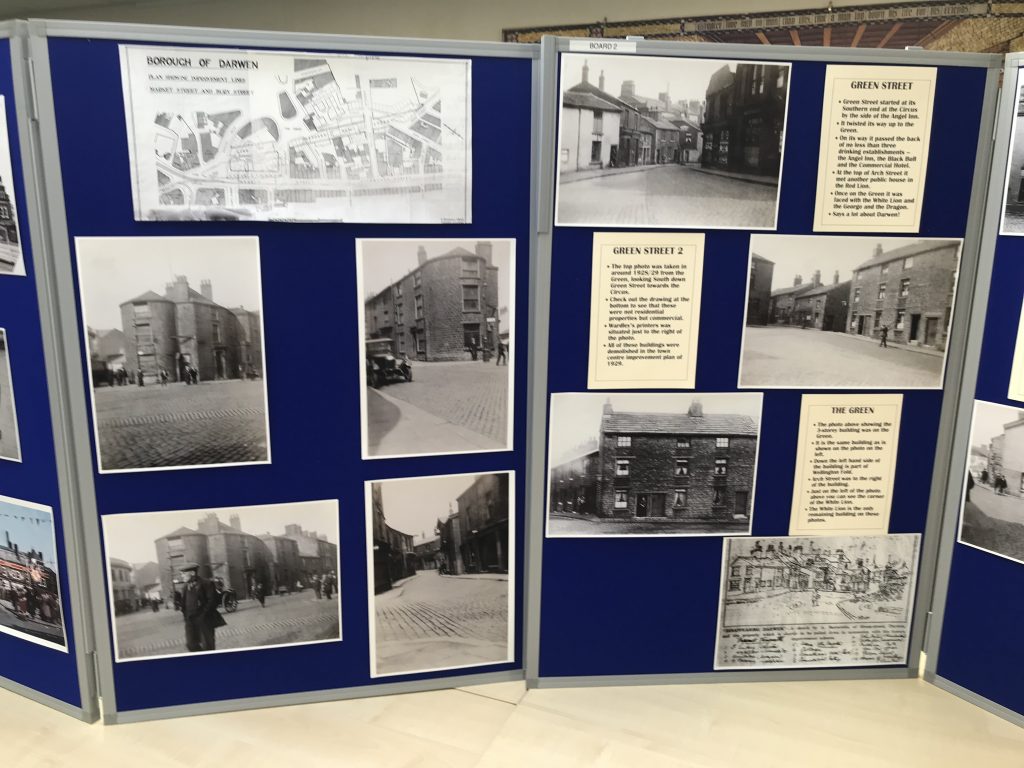 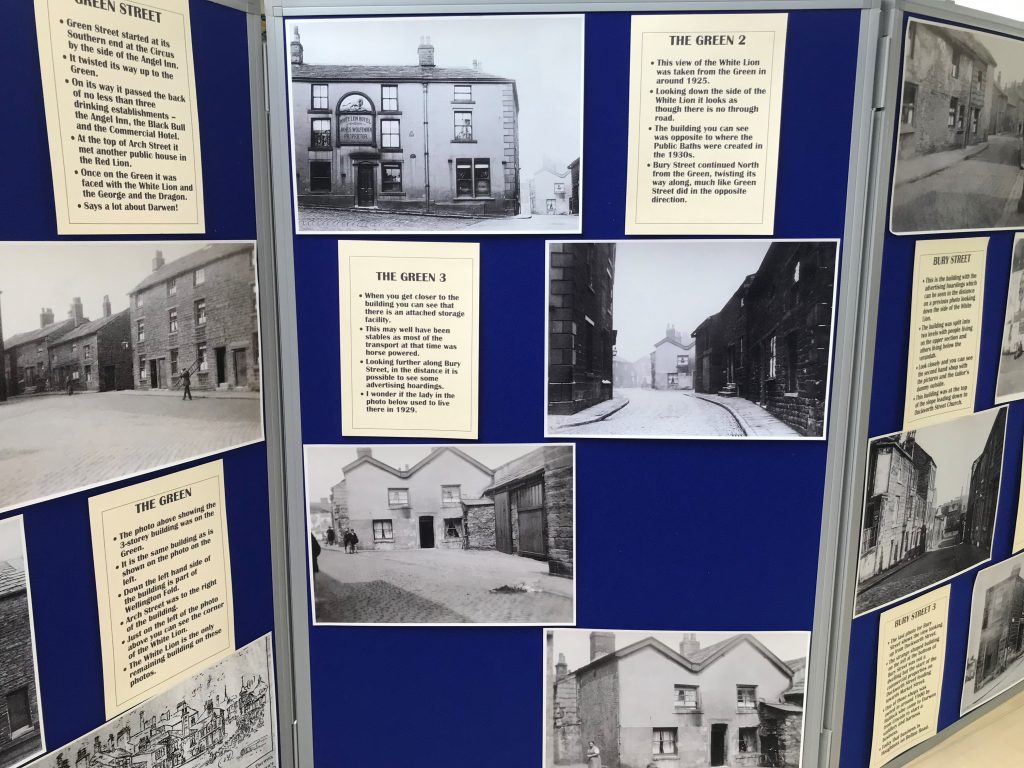 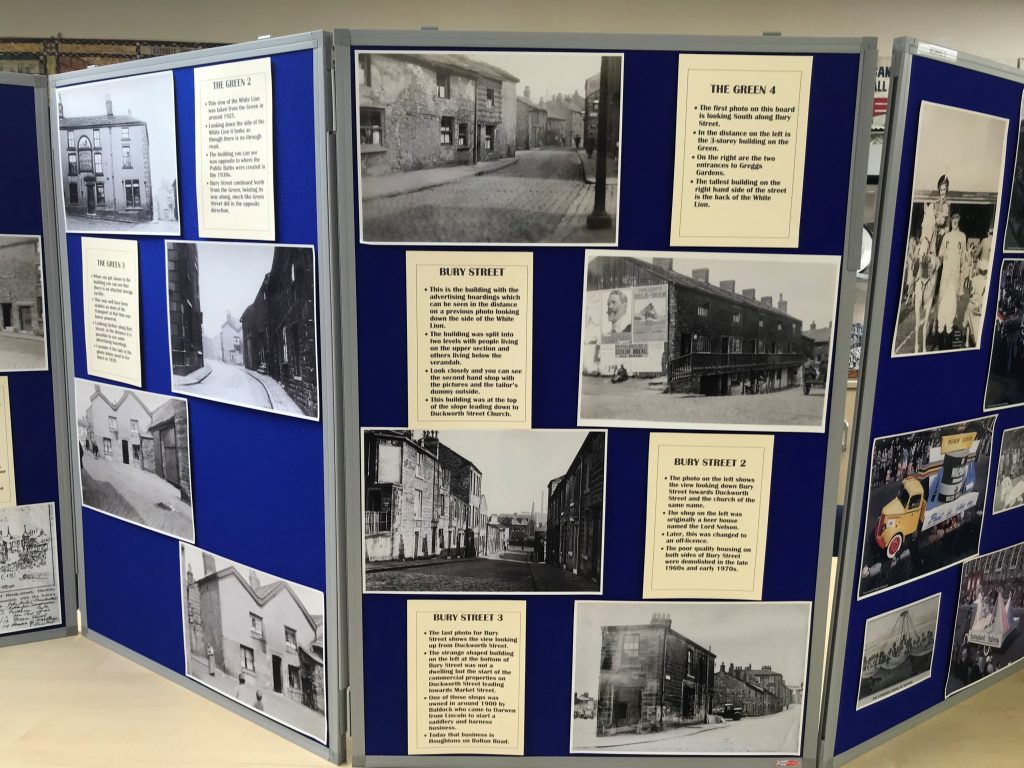 A Display of the life and achievements of Bill Hunt 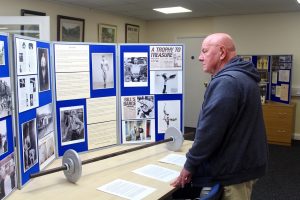 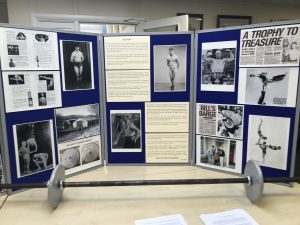 The second of the new displays gives an insight into the life and achievements of one of Darwen’s endearing characters.  Bill Hunt was a master of balancing and extraordinary weightlifting feats.   As one third of the Omega Trio he toured the country, performing amazing feats of strength before appreciative audiences – even appearing on the stage at the London Palladium.  In 1931 he became champion in his own weight for lifting 610lb at the British Olympic Championship and as a result was invited to represent his country at the Los Angeles Olympic Games in 1932.  Sadly Bill could not afford the fare to America at that time and so he missed out.  He did make it into the Guinness Book of Records though for lifting 6 Billiard Cues in one hand.  Of his many balancing tricks the one which most people remember is his ability to walk up a flight of stairs then come back down again – on his hands! 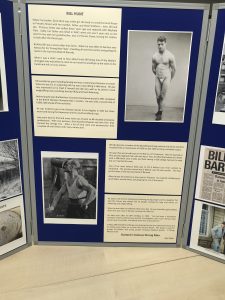 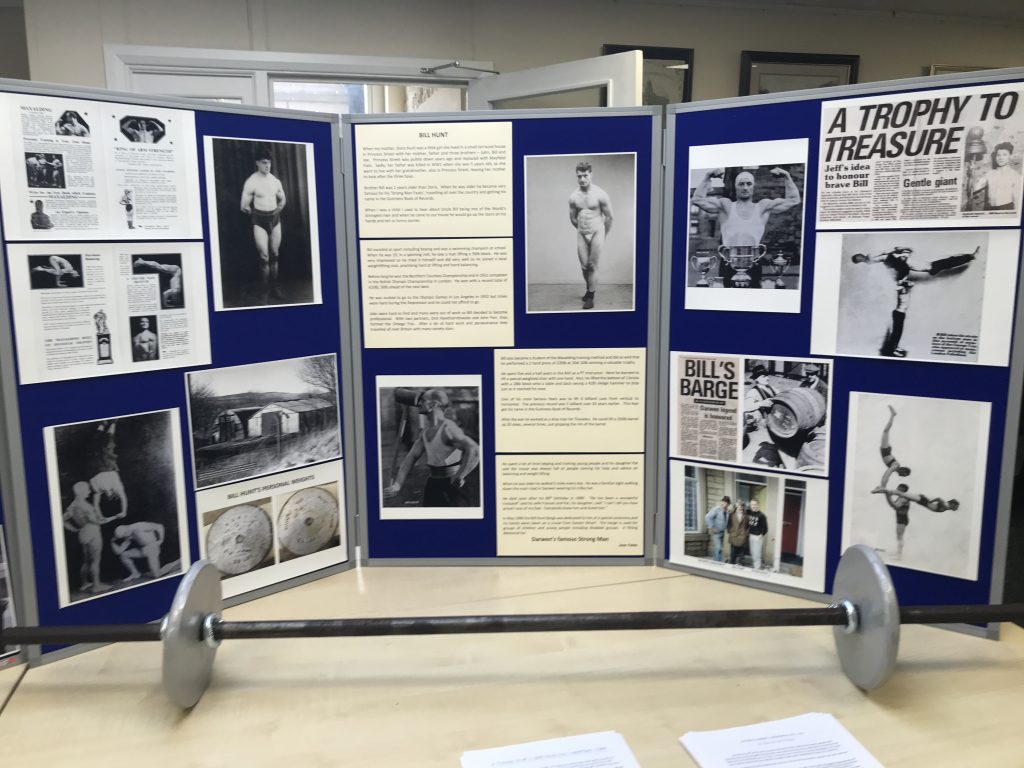 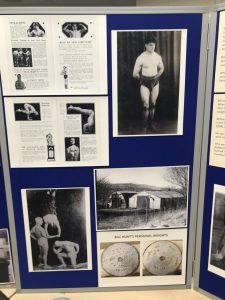